“Silhouettes have changed… Our physical appearance has changed.”

In celebration of The Dressmaker‘s DVD and digital release, ELLE had the opportunity to have a chat with the woman behind the magic of the film, Margot Wilson, who designed the fabulous costumes you saw Winslet swanning around in pseudo-1950s outback Australia.
Tell us a bit about working with Kate Winslet…
Working with Kate was a wonderful opportunity. It was a treat to have one character to concentrate on. She is extremely professional, funny, very down to earth, and a pleasure to work with.
How collaborative was Kate?
Kate had taken sewing lessons before she came to Australia to work on The Dressmaker so she had a sense of the sewing terminologies and she understands what works on her and what doesn’t. We talked about Tilly and I presented drawing to her to show her want I was thinking. I was lucky enough to have already worked on a film Triple 9 in Atlanta, Georgia with Kate earlier that year so I already knew how to approach her designs.
You read the script, you hear Kate has signed on for the lead part – what’s the first thing you do?
As with any film you begin with research, thinking about who your canvas is by looking at photos of them, looking at other films they have worked on. Once you have read the script a number of times you work on your script breakdowns, which tells you how many costumes you need for each character and what they are doing in the scene. If they have action in a scene they may need multiples of the same costume. Then it’s about making the character and the actor fit together. Drawings are done and discussions with the director and early conversations with the actor if possible. Often they are on other films. Preparation is important. 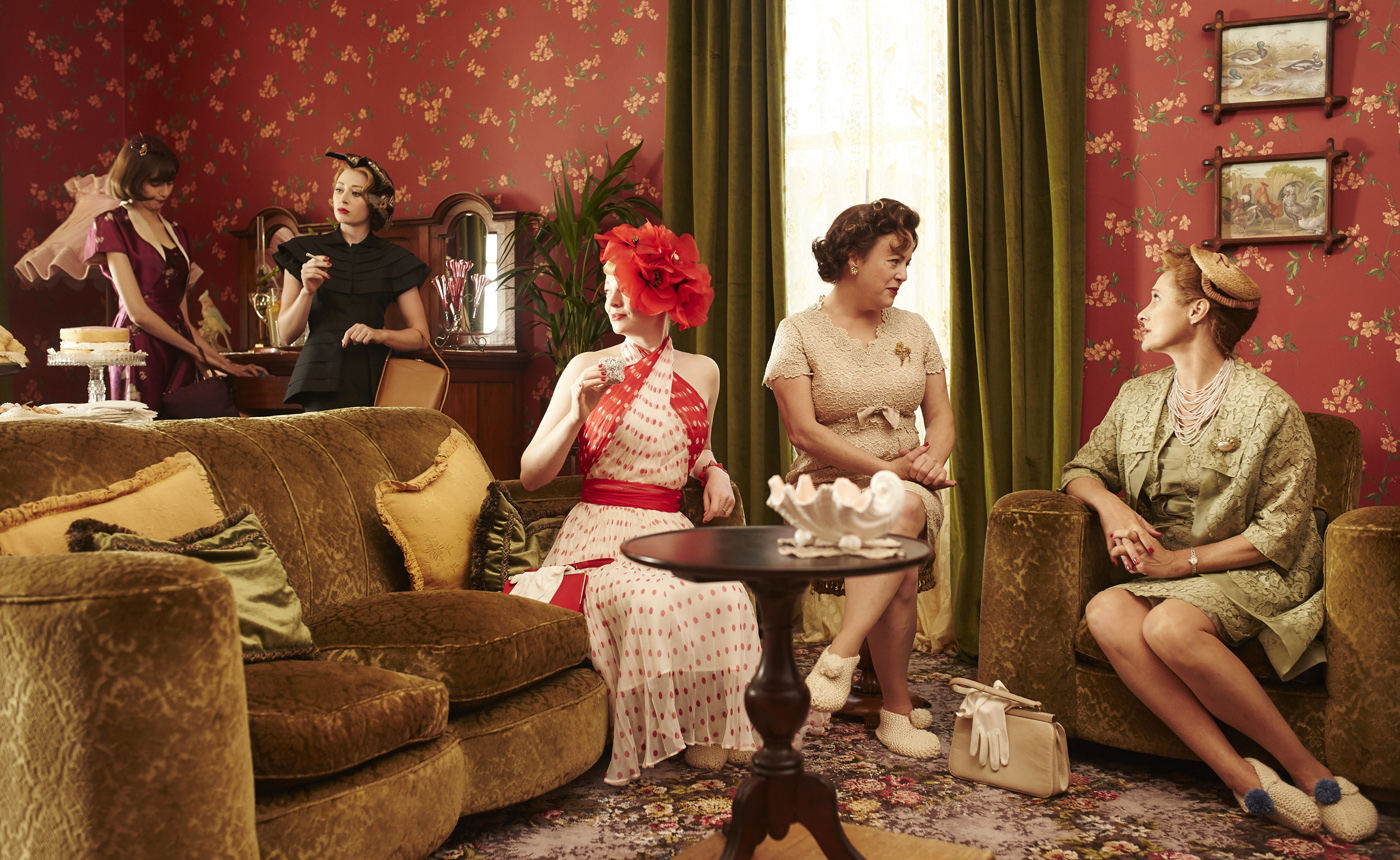 How did Australian style weave into the costumes?
For Tilly it was important to keep her separate from the rest of the town. She hadn’t been back since she was much younger. Tilly had left travelling to France. She had worked in fashion over there perfecting her skills and talent. These are the skills that she brought back to the town as a couture dressmaker.
How do you think fashion has changed since the ’50s?
Fashion has grown in leaps and bounds since the ’50s; silhouettes have changed, physical appearance has changed. The way we dress now is a lot more casual. There aren’t the restrictions of foundation garments. Society isn’t as conservative as it once was about dressing.
The fabrics are also different. It was cheaper to make your own clothes in the ’50s [than to buy them] but now it’s cheaper to buy a garment than to sit down and make it. People don’t sew as much any more, so clothes are becoming more generic than they used to be: the same garment is manufactured thousands of times over. Time is not spent on fitting the garment properly, which results in one-size-fits-all situations. Fashion isn’t as feminine, or as fitted and shapely now as it was in the ’50s.
The Dressmaker: il diavolo è tornato, intervista alla costumista
Condividi
Tags: il diavolo è tornato    kate winslet in the dressmaker    the dressmaker    the dressmaker 5 maggio    the dressmaker uscita italiana